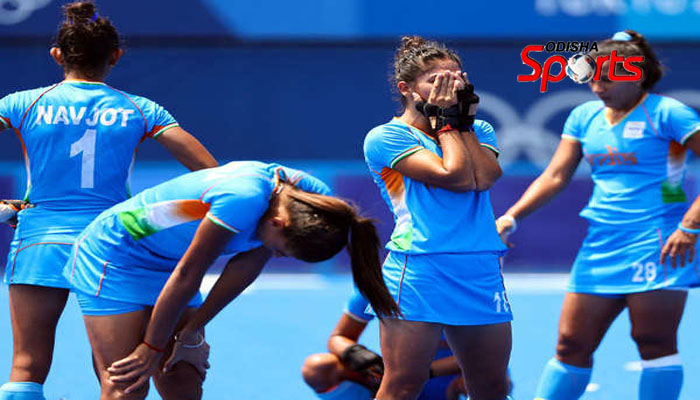 Tokyo: India failed to clinch another Bronze as women’s hockey team lost to Great Britain at Tokyo Olympics today. The team went down fighting 3-4 against Great Britain in the bronze medal match.

Skipper Hollie Pearne Webb of Great Britain scored the equaliser after India took a 3-2 lead in the half-time. Grace Balsdon gave an important fourth goal in the final quarter. Indian women’s hockey squad made a fighting comeback in the  second quarter. Gurjit Kaur scored twice penalty corners to help India draw level. However, the team failed to score goals during the last period.

The unheralded Indians made an unexpected run into the medal round, winning two matches and beating world No. 2 Australia in the quarterfinals. They lost to the higher-rated Argentina and went down narrowly to Great Britain, but they went out with heads held high as Rani Rampal’s team played with determination and nearly upset the order in a competition that they entered as the ninth-ranked team in the world.