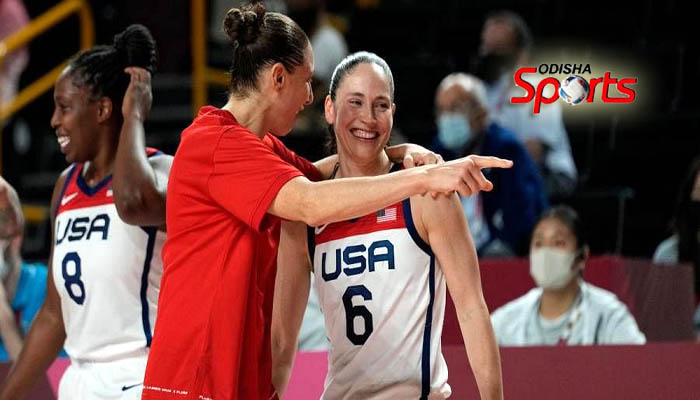 Tokyo: Sue Bird ended her Olympic career with a record fifth gold medal as the United States beat Japan 90-75 to win the women’s basketball title. Bird and longtime US teammate Diana Taurasi have done on the international stage is win and now stand alone with five gold medals – the first basketball players ever to accomplish that feat – after a 90-75 win over Japan on Sunday at the Tokyo Games.

“Couldn’t have asked for a better ending. There’s really not much else to say,” Bird said. “I feel so proud I’ve been able to wear this uniform for as long as I have, to play along side this one as long as I have, We’ve won, and that’s obviously the story, but I don’t think there’s anyone else I’d rather do it with because we just have so much fun and I love you homie.” The US has now won the last seven Olympic gold medals, matching the country’s men’s program for the most ever in a row. The men did it from 1936-68.

With Bird orchestrating the flow of games and Taurasi’s scoring, they have been a constant force for the U.S., providing stability for the women’s program since the 2004 Athens Games. They have won all 38 of the games at the Olympics they’ve competed in. The pair walked off the court Sunday arm-in-arm for the last time, knowing their work was done. While Bird is finished, Taurasi said that she’ll be back for a sixth Olympics.