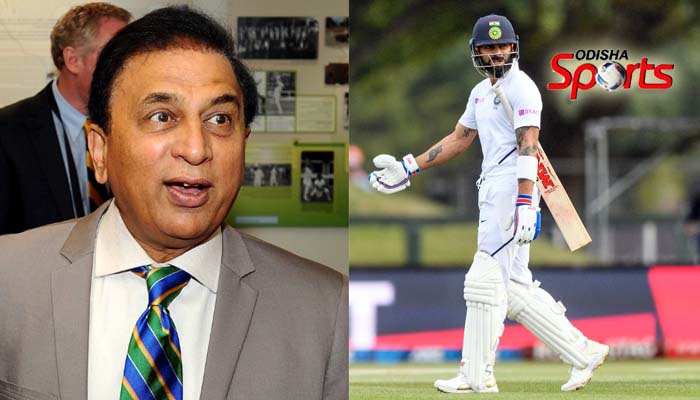 Kohli Let Down by Shot Selection in England: Gavaskar

Legendary India batsman Sunil Gavaskar has urged captain Virat Kohli to keep it simple and not worry about playing and missing deliveries to find success in England. Kohli hit a fifty in the 2nd innings of the 3rd Test against England at Headingley on Saturday but it was not enough as India lost by an innings and 76 runs inside 3 and half days. Virat Kohli has gotten out as many as 5 times in the 3 Tests in England so far but edging the ball to the wicketkeeper or the slip cordon. The India captain has endured a lean patch, managing just 124 runs in 5 innings – a stark contrast to his form in 2018 wherein he hit 3 hundreds in the Old Blighty.

Sunil Gavaskar believes there is no issue with Virat Kohli standing outside the crease but it’s his “intent” to play at all deliveries and ignore the basics of not playing with hard hands that have been his undoing so far. Kohli got out for just 7 runs in the first innings of the Headingley Test wherein India were bundled out for 78, their third-lowest total in England. Kohli tried to drive James Anderson and only managed to nick it to wicketkeeper Jos Buttler. in the second innings, Kohli and Cheteshwar Pujara stitched a crucial stand but the India skipper fell right after getting to a fifty, poking at a delivery outside the off-stump.

“I think it’s the shot selection. You have got to keep it simple. He has got 8000 runs, probably the last 6,500 runs he has got standing outside the crease. So I don’t think he needs to make too many changes. I think it’s just the shot selection,” Sunil Gavaskar told Sony Sports. “At the moment, we talk about intent. There is ‘intent’ question against Pujara. Here it seems the intent is to get runs. It means there are deliveries you’re playing when you should be leaving those.