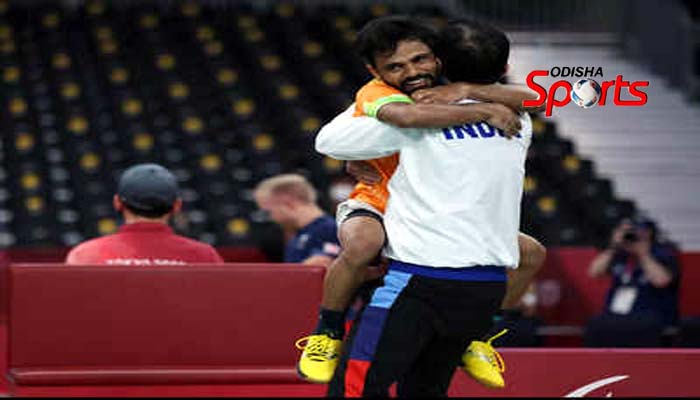 Tokyo: India’s Krishna Nagar won the country’s 2nd gold medal in badminton at Tokyo Paralympics after reigning supreme in the men’s singles SH6 category on Sunday. The 22-year-old defeated Hong Kong’s Chu Man Kai in a hard-fought three-game battle 21-17, 16-21, 21-17 in the gold medal match to take India’s medal tally to 19 at the Para Games. Notably, this was also India’s 5th gold medal from the Tokyo Paralympics where the athletes have scripted history, going past their previous-best tally of 4 medals by a huge margin.

Krishna has become the 2nd Indian shutter after Pramod Bhagat to win a gold medal in badminton, which is making its debut at the Paralympics. Bhagat had won the gold in men’s singles SL3 category on Saturday. Earlier on Sunday, IAS officer Suhas Yathiraj lost his gold medal match to World No. 1 Lucas Mazur while Tarun had lost his bronze medal match in the SL4 category. Manoj Sarkar, on Saturday, added a badminton bronze in the SL3 category.

Krishna Nagar, World No. 2 in the SH6 category, had to work hard for his gold medal as he was trailing 12-16 against Chu Man Kai in the opening game. However, Krishna stitched a series of points to stun the Hong Kong shutter and take the opening game. The second game went Chu Man Kai’s way as he found ways to trouble Krishna who played with positive body language in the gold medal match.