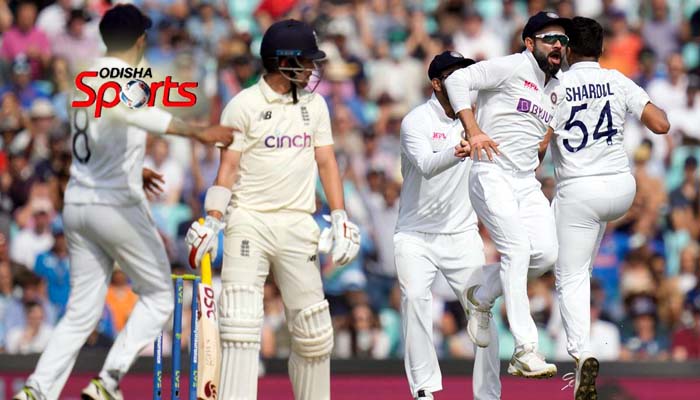 London: India’s victory over England at Oval today helped them take a decisive 2-1 lead with just one match left in the five-Test series. The win not only ensured that India won’t lose the Test series, it also helped India end a run of 50 years without a win in the longest format of the game at the Oval. India’s last Test win at the venue came all the way back in 1971, when BS Chandrasekhar dismissed John Price to take his sixth wicket of England’s second innings and ensured that Ajit Wadekar’s team won the Test by four wickets. It was the first time ever that an Indian team had beat England in their own backyard in Test cricket and it also marked India’s first Test series win in the country.

While India did not win a Test match at the venue since then before Monday, England also could not beat India at the Oval with the next five matches played between the two teams ending in draw. The hosts finally beat India at the Oval in 2011 when MS Dhoni’s team lost by an innings and eight runs, thus sealing a 4-0 loss in the four-match series. India then crashed to a defeat by an innings and 244 runs in the next Test in 2014 before losing by 118 runs in what was former England captain Alastair Cook’s last international match in 2018. India had won that series 1-0 but the ongoing 2021 series marks only the second time they have won more than one Test match in a tour of England. The last time it happened was in 1986, when Kapil Dev’s won a three-match Test series 2-0.

India’s victory today also marks the first time ever that a team have won a Test at the Oval after conceding a lead of more than 50 runs in the first innings. England had a lead of 99 runs at the end of their first innings, scoring 290 in reply to India’s 191. It is also the third highest first innings deficit that India have overcome to win a Test match away from home. The second highest is 131 against the West Indies in Port of Spain in 1976 and the highest is 182 against Australia at the Melbourne Cricket Ground in 1981. It is also only the third time that India have won a Test match right after suffering an innings defeat in the previous match of an away Test series.

Jasprit Bumrah, Ravindra Jadeja, Umesh Yadav and Shardul Thakur starred on Day 5 of the fourth Test at the Oval today. Thakur, who scored half centuries in both innings of the match, incredibly took the crucial wicket of opener Rory Burns right after the latter reached a half century before dismissing in-form England captain Joe Root which set India on their way to the win. Bumrah bowled arguably his best spell of the series in which he took his 100th and 101st Test wickets while Umesh Yadav, playing his first Test since December 2020, was the highest wicket-taker with three scalps. England were bowled out for 210 in pursuit of a target of 368 on the final day, succumbing to the steady pressure built up by the Indian bowlers.