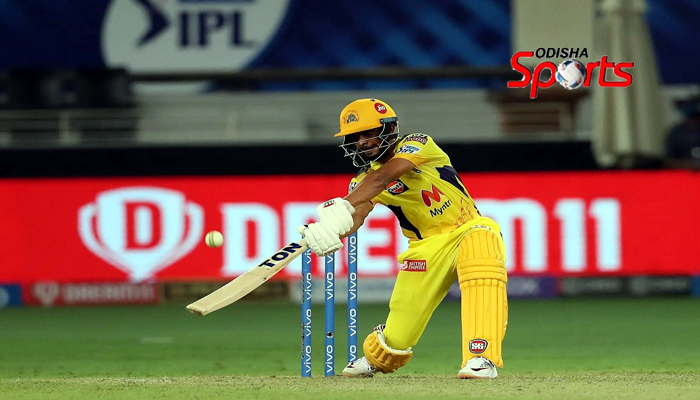 Dubai : Mumbai Indians have no one but themselves to blame in their 20-run loss against Chennai Super Kings as the Indian Premier League (IPL) resumed in Dubai on Sunday. Electing to bat, Chennai Super Kings scored 156 for six against defending champions Mumbai Indians. But at one stage they were reeling at 7 for 3 and were 44 for 4 at the half-way mark after a horrendous start, but Ruturaj Gaikwad rescued the side with his blistering unbeaten knock of 88 runs along with Ravindra Jadeja (26) and Dwayne Barvo, who scored 23.

In reply, the Mumbai Indians only managed to score 136 for 8 in 20 overs. Saurabh Tiwary top scored for the Mumbai Indians with a crafty 50 not out. Mumbai Indians started the chase on a positive note with Quinton de Kock (18) and debutant Anmolpreet Singh (16) playing some crisp shots. Rohit Sharma opted out due to a knee niggle he had sustained during the recent England tour.

Anmolpreet, who replaced skipper Rohit Sharma in the team, took 14 runs from Josh Hazlewood’s second over. But Deepak Chahar removed both the openers in quick succession to bring Chennai back into the game. Thereafter, Mumbai Indians kept losing wickets at the regular interval and at no point they looked in control of the chase. Saurabh Tiwary held one end but the five-time champions lacked the firepower from the other end with Suryakumar Yadav (3), Ishan Kishan (11), Kieron Pollard (14) and Krunal Pandya (4) failing to get going.

For Chennai Super Kings, Dwayne Bravo (3/ 25), Deepak Chahar (2/19), Shardul Thakur (1/29), and Josh Hazlewood (1/34) shared the spoils. Rohit Sharma opted out of Mumbai Indians’ opening match of the second phase of the IPL, which resumed here on Sunday, due to a knee niggle he had sustained during the recent England tour. Earlier, it was Ruturaj Gaikwad who helped Chennai Super Kings to a disastrous start to put up a fighting total. The 24-year-old Gaikwad added 81 runs for the fifth wicket with Ravindra Jadeja (26) to steady the ship after they lost skipper Mahendra Singh Dhoni in the sixth over and the score was 24 for 4. Gaikwad smashed nine fours and three sixes, while Bravo hit three maximums. CSK lost four wickets in the power play, including the wickets of skipper Dhoni and the team’s seasoned run-getter Suresh Raina, as three top-order batsmen failed to open their account.