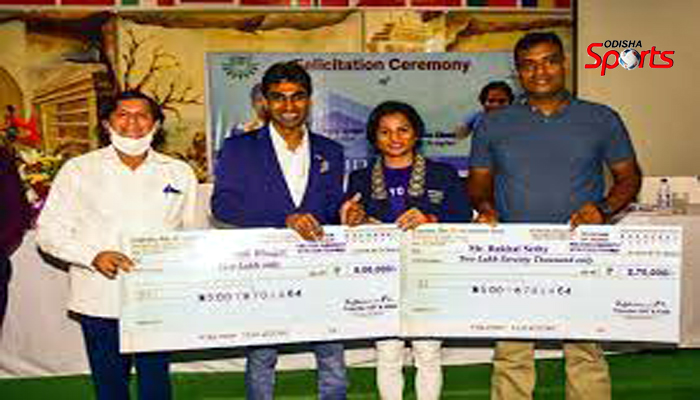 Bhubaneswar (Reporters Today Bureau): Indian athletes Pramod Bhagat and Dutee Chand have been honoured by the Kalinga Institute of Industrial Technology, who announced that two of their stadiums would be renamed after the athletes who excelled at the Tokyo Summer Games 2020 for India.

The Indoor Stadium at Campus 12 of KIIT university will be renamed ‘Pramod Bhagat Indoor Stadium’, whereas the synthetic athletics stadium on the campus will be named ‘Dutee Chand Stadium’. The announcement was made on Monday after the athletes were felicitated by Dr Achyuta Samanta, the Founder of KITT and KISS, recognising the athletes’ endeavours in different national and international competitions while representing India.

Bhagat and Chand had been associated with KIIT for a long time now, as earlier Bhagat used to practice in the stadium named after him. Bhagat will also be granted an Honorary Degree of Doctor of Letters (D.Litt.) from the KIIT, while Dutee is also being considered for the same honour next year.