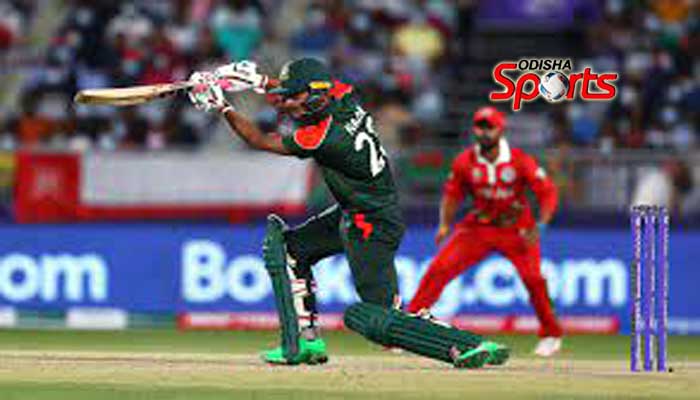 Oman: Bangladesh all-rounder Shakib Al Hasan said the shock loss to Scotland in their T20 World Cup 2021 opener hurt the entire team badly and they found it hard to control their nerves against Oman on Tuesday. Bangladesh overcame a win over Oman and keep their hopes of progressing to the Super 12 stage of the tournament alive.

Bangladesh were stunned by Scotland on the opening day of the T20 World Cup as Mahmudullah’s side struggled with both the ball against a spirited side led by Kyle Coetzer. Chasing 141, Bangladesh never got going and lost Shakib Al Hasan and Mushfiqur Rahim in the middle overs — a jolt from which they were never able to recover.

However, they brought in opener Mohammad Naim in place of Soumya Sarkar for their must-win match against Oman at the Al Amerat Cricket Ground on Tuesday. Naim stepped up and hit a 50-ball 64 following which Shakib hit 29-ball 42. Bangladesh posted 165 on the board and it proved too much in the end for Oman who showed flashes of brilliance in the chase.

Shakib shone with his all-round effort as he also picked up 3/28 as Oman were restricted to 127 for 9 in their quota of 20 overs. “It hurt the whole team. We were not expecting it. But should give credit to Scotland. They were very confident before the game. It was pretty tough because the Scotland loss was hurting us,” Shakib said. “Oman played good cricket. They were in the game for the most part. But we held our nerves. Credit to go to Oman the way they’re playing. They’re playing with a lot of heart. This win will settle our nerves.”

India Vs NZ: Ajaz Patel Takes All 10 Wickets in an…